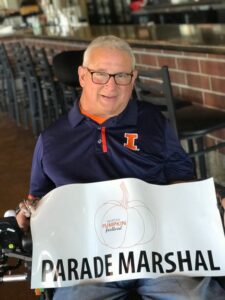 Doug is a lifelong resident of Morton and a 1975 graduate of MHS. While attending MHS, he ran varsity cross country and track. He is a 1979 graduate of University of Illinois where he received his degree in Finance and bleeds  “Orange and Blue”.

Doug and his wife Angie will celebrate 25 years of marriage on December 23. They enjoy traveling, going to concerts, and dancing. They have a son, Phil Munoz. Phil and his wife Stacey have three children. Doug enjoys watching his grandchildren Damon, Gabriel, and Sofia in their sports and extracurricular activities.

Doug suffered a traumatic diving accident at the age of 16 on July 7, 1973, leaving him a quadriplegic (paralyzed from the neck down with limited use of his arms). He spent eight months in the hospital where he learned to adapt to his new “normal“. This year marks 47 years in his wheelchair and with the “aging process“ of quadriplegia, it has given Doug challenges with some hospitalizations in the past few years but “nothing is impossible as God makes ALL things possible.”

He became an advocate for American Disabilities very early. As “Honorary Mayor for the Day“ in his senior year of high school, he attended a council meeting. After the regular business concluded, Mayor Gene Mathis asked Doug if he had anything he wanted to address the Council. He took this opportunity to point out the street curbs on the corner of Main and Jefferson Streets were under construction. He asked if these curbs could be made cutouts with ramps so they would be wheelchair accessible. Mayor Mathis turned to the city engineer, asked if this would be possible, and it was granted. Doug appreciates the village efforts to continue to make all street corners in Morton wheelchair accessible. Doug was on the strategic planning with MHS District #709 in regards to ADA requirements in the schools.  He continues to be an advocate for the American Disabilities Act.

After graduating from Illinois, the job market was pretty tight at the time. Doug started volunteering for the MHS cross country team and later became an assistant under Coach Lee Smith. He also was a substitute teacher at the junior high and high school. When track season rolled around, he started volunteering for the junior high track team. He saw the need for a girls coach and became the first junior high girls track coach along with coaching the boys distant runners. He coached track for three seasons.

In 1982, he began his banking career with Morton Community Bank. During his 28 year career with the bank, Gordon Honegger said “Doug was very instrumental in growing a small town community bank to a 4 billion dollar bank”. He had several positions during his tenure including managing the bank’s investment, running the IT department and then became the IT auditor. He served on the committees of Marketing, Assets/Liability, Loan, and Auditing. He also served as the Board of Directors Secretary, and ESOP (Employee Stock Ownership Plan) representative to the Board of Directors. In 2010, while serving as Senior Vice President, he had to retire earlier than planned due to medical reasons.

Doug has enjoyed going to the Pumpkin Festival since he was a youth. He was an auditor for the Miss Morton Pageant for over 25 years. He served in the food tent as well as helping at the Morton Community Bank booth. Doug is a member of the Morton Rotary Club and has served on its Board of Directors. In 1994-2000, he served on the We Care Board of Directors. Also In 1994, he was chosen in the first class of “40 Leaders under 40”.

God is the center of Doug’s life. He is a member of Summit Point Church where he attends regularly. He volunteers on the prayer team, does mission work with his Impact Group at Midwest Food Bank-Morton Division and the Morton Trinity Mennonite Church food pantry. In his younger years, he served as youth leader, church board member, and several other committees while attending Morton United Methodist Church. He has spoken at ICC to physical and occupational therapy classes to educate them about quadriplegia. In earlier years, Doug was involved with the rehabilitation program at OSF Medical Center.  He has done inspirational speaking at various churches and organizations. 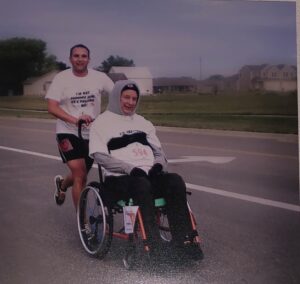 Doug has been pushed in several running events including the 1986 and 1991 LA Marathon, 2012 Illinois Half Marathon, 2012 Peoria Steamboat Classic, was ‘pace-car’ for his wife when she ran 1997 and 1998 Steamboat Classic, and his favorite, the 2012 Morton Pumpkin Festival 10k. Doug said “participating in these running events help me to relive my running days from high school. It also gives me a chance to help raise money for organizations such as World Vision.”  For more information about his running adventures visit http://www.hallan.com/dougsmarathon.

“I would like to thank the Chamber of Commerce, the committee and all those who nominated me. I am honored, overwhelmed, and very humbled to be chosen as the 2020 Parade Marshal, but nothing I have done could have been accomplished without my Lord and Savior Jesus Christ, my wife and our family, my parents and extended family, my friends, my MHS classmates, the Morton community, and all my caregivers.”

“I have fought the good fight, I have finished the race, I have kept the faith.”

Each year, the Morton Chamber of Commerce selects an individual to honor as our Pumpkin Festival Parade Marshal.  Morton citizens are encouraged to nominate individuals for this honor in the based on the following criteria:

Nominations for the 2020 Pumpkin Festival Parade Marshal are now closed. 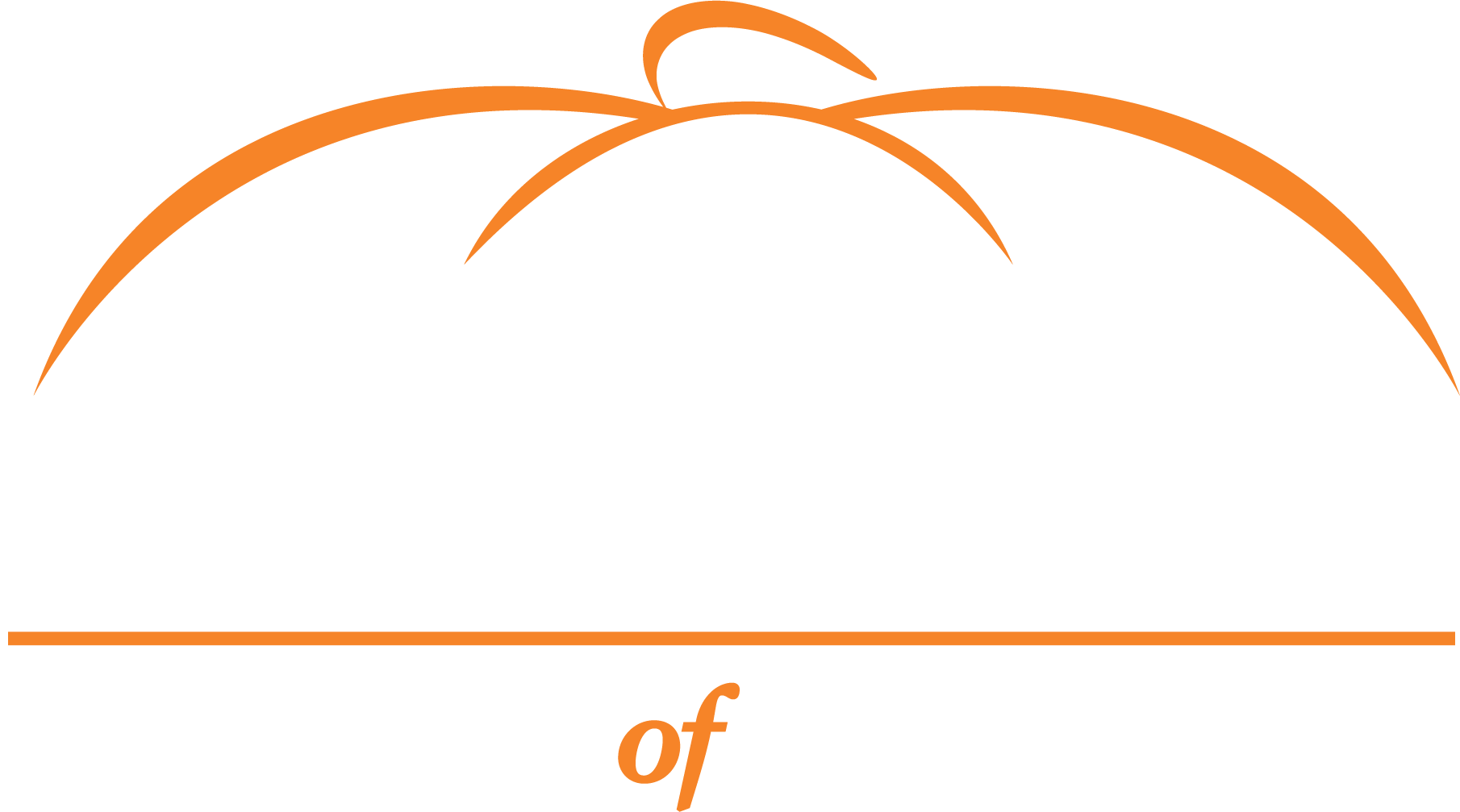